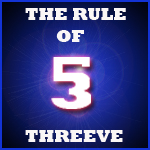 So… when is it time to give up the pursuit of someone you are interested in? The serial killer in me says never; always go after what makes you happy, no matter how long, whom or what may stand in your way. The pragmatic romantic in me says after a certain number of failures, it is time to give up and move on; if initial attraction doesn’t allow for an exclusive encounter in the near future, then it is probably not going to work. Ultimately, if two people are “attracted” to each other, they will both make time for each other. Unfortunately, love at first sight is a rarity and attraction takes a bit more than just a charming smile or hello to begin the courting process. Unfortunately again, we have to somehow persuade the person we are interested in to grant us unconditional time for this courting process to begin and unfortunately again (again), this requires conditional time to boost their attraction to you. So just how much conditional time should we waste texting, calling, writing, hand gesturing and conversing with people of the opposite (same) sex who we are interested in before we are labeled as a serial killer stalker or before we are no longer pragmatic with our romanticism? The answer is threeve.

The Rule of Threeve: The number of times a person is allowed to call, text, write, hand gesture, or converse with someone in an “Attempt” to “Exclusively” go out with, meet up with, date, rendezvous, or take out someone they are interested in without coming across as a serial killer stalker or losing their pragmatic romantic credibility.

Origin: 2005-2011; America English Numerical, equivalent to or of that concerning 3, 4 or 5. Representing a combination of 3 and 5 in a numerical symbol. Spanish tresco, Latin thriceque.

Let’s be clear. This rule only covers the initial meeting of two people. It is not inclusive to those people who are already dating or have met up or seen each other outside their initial introduction. This rule is also not inclusive to friendship; if both people have no interest other than friendship, then quantifying attempts to meet up is irrelevant. This rule only suggests how much time you should spend trying to get the person you are interested in, exclusively alone with you. If you exceed threeve attempts, then the other person is just not that into you. I will state this again; if you and another person have attraction for each other, then both of you will make time to see each other. However, there are exceptions.

No matter the exception, if the person is attracted to you; they will offer a counter-exception along with the truth. For example if I text someone to go out to dinner and they reply, “No I can’t, I am really busy,” that person isn’t that into me. If I text someone who is into me the same thing, their reply should be something like this, “No I can’t, I am really busy with work right now, but tomorrow night will work great!” If the person you are trying to get out never makes a counter-offer and you have reached the limit of threeve attempts, then that person isn’t into you. If a person makes counter-offers in order to facilitate a meeting, then that person might be into you, whether the threeve limit was reached or not. If counter-offers are always thrown out, but never capitalized upon, then that person is trying to be nice and isn’t that into you. Again, if two people are attracted to each other, they will both make time to see each other.

There are also some outliers to this rule. Seeing people you are attracted to everyday doesn’t initiate this rule; gym, work, residence, etc. Making small talk with people and generalizing about meeting up, doesn’t initiate this rule either. You can see someone you are attracted to every day, make small talk with that person, but until you ask for their contact information and try to setup up an exclusive encounter, the rule of threeve does not apply. You can see someone you are attracted to everyday for threeve years straight and never pursue that person, yet one day you decided to pursue this person by asking them out exclusively, the rule of threeve now applies.

Attraction is sometimes hard to figure out; it can be instant and/or gradual. Who we are attracted to may vary throughout the different stages of our life. It gets even more confusing when we try to figure out when others might be attracted to us. The rule of Threeve helps in clarifying when others are attracted to us. The rule of threeve doesn’t guarantee two people will hit it off, but it does give us a signal to start or stop the courting process. I have already stated this threeve times; if two people are initially attracted to each other, then they will make time with each other to find out if there is something more. Threeve times a charm, and high threeve yourself if you get an exclusive encounter with someone you are attracted to!