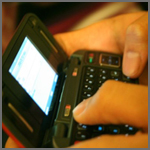 Modernism is a cultural movement that breaks away from traditional thought in areas such as art, music, theatre, invention, technology and social construct in order to experience a different form of living and thinking. This movement doesn’t have an exact date in time to which we recognize its origin, but most people agree that the enlightenment and the renaissance were an important part in allowing this movement to carry forward in time. In most movements’ art, literature, music and theatre are what define a social transformation, however in the past one hundred years, invention and technology have shaped our culture tenfold compared to any intellectual movement in our history.

Modernism will always exist in our global society because there is no means to stop it. Our economy, social structure, governments, and entertainments have all embraced modernism and there is no way to reverse the changes to these categories of culture in respects to their traditional beginnings. However, the human experience won’t allow for lack of options in culture, therefore the birth of postmodernism was recognized. Postmodernism is the reaction to the change in which modernism induces. To further see these two movements differences, we can state that modernism is the belief in objective knowledge compared to an individual’s realistic approach to notice what is worth noticing. With this stated, postmodernism is the denial of objective knowledge because what we know from the knowledge we learn consists of language, therefore every culture and moreover every individual interprets the world differently based on their thought process in comparison to modernity of others. To state this all simply, postmodernism is the reaction to what is modern.

Probably one of the greatest inventions responsible for the rise of globalism is “cellular communication” or cell phones. The only other invention that can shadow the cell phones impact on our society would be the Internet. In the last ten years, cell phones have changed our lifestyles tremendously without hesitation. It has given us the ability to communicate with anyone, virtually anywhere in the world. The idea that a person can talk to another in real time has impacted our means of gathering information. Not only has this instant communication affected the way journalism and news reporting is conducted, but it has also affected human relationships and the area in which these relationship can be created. The single reason why our media is “editorial” instead of “factual” is this idea of instant information through technology. Twenty years ago, the media use to be the only place to get facts on situations around the world, and even that information had a time delay on it. New rises in technology allowed people using chat rooms, an example proved during the Gulf War, the ability to receive real time information before the news could report it. This is a drastic change in the way society turned to get their information about global news. Unlike the music industry, the news media decided to adapt to these changes in technology, and instead of reporting just the facts, they give their editorial opinion, when 30 years earlier, this type of reporting would be termed “yellow journalism” or improper reporting. Human relationships now have the ability to “stay in touch” no matter the distance apart. It was only about twenty to thirty years ago when written letters were used to communicate through distance. Cell phones have been a fantastic example of modernism and they have helped improve our lifestyles, but for every stride in modernism there is a equal stride in postmodernism and that parallel in relation to cell phones is the ability to “text” someone instead of talking to them.

Now, let’s refer to the essay title, why is text messaging equivalent to a state of postmodernism? It makes no sense to me, unless our society is suffering from anti-stoism, that one could justify the efficiency of typing a simple statement on a keypad the size of a kitkat bar, when it only takes the striking of one button, usually the bigger button on the phone, to talk vocally. Has the rebellion for the creation of the “pager” gone as far as implementing a procedure that takes ten times as long by typing words using all 26 letters of the alphabet located in ascending order on only eight buttons? Why has this tool of modernism resorted to an archaic means of communicating between two people?  Why do we text instead of talk? These questions boggle my mind, but they’re some societal traits found in our culture and in postmodernism that explain this cell phone/text messaging phenomena.

As related to the Internet, cell phones have created a privacy/personal issue between its users. The idea of talking to anyone you want at anytime, especially night and weekends, creates a detachment of ones self compared to the world. The choice of being alerted to talk has been removed from the processes of conversation when someone possesses a cell phone. When two people talk in person, they hear the words coming from the others mouth, but more importantly they see the person’s mouth moving. Modernism has taken meaning out of the ability to converse. People have become bothered by cell phones; the very thing that helps them stay connected. Having a cell phone in your pocket allows not only your ability to reach the world, but it also allows the world to reach you. This makes cell phones anit-personal/private. This idea has led to the rebirth of text into the global wireless mainstream of communication. The ability to talk to someone wherever they are has turned everyone into existentialists because by constantly talking to someone not present, it takes away from the experiences at hand. For instance, when you’re at a baseball game, and your cell phone rings, you answer it, and the player at bat hits a home run. I am sure the person who answered the phone during the game didn’t intend to experience a home run while on the phone, thus taking away from a personal experience. However, if someone “text” the person at the baseball game, there is a detachment from the communication medium, thus allowing the person at the game to “text” back when the time is right never losing existential moments. There is no obligation with “text” because the communication is fabricated, whereas talking on a cell phone is simulating conversation, as it would be in real time/space. This fabrication by use of a number pad on a cell phone is the postmodern rebellion to the modernism of cell phones. Like I have stated before, postmodernism is the reaction to modernism, whether it is positive or negative. Text messaging is the postmodern movement to become more existentialist when imposed with the impersonal experience of the vocal communication device of the cell phone modernity.

The future of this movement can only be determined how society reacts to it. Will society get tired of inefficiently typing “text” on a phone pad? Will technology embrace the “text” phenomena and make it easier to send text messages? Already, there is technology that allows a person to speak into their phones to create the textual version of what is vocally stated. The idea that a person would speak to a text/voice word parser instead of speaking to the person they are trying to communicate with is evidence that postmodernism is rejecting the instant “vocal” communication of cell phones. No longer will society remain connected by obligation, instead the excuses of fabricating thoughts through a tactual medium will allow existentialism to be upheld in modern day experience.