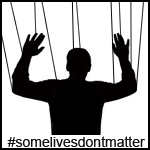 You have compromised truth for lawlessness, spewing verbigerations without check or fact. You have glorified the wicked and worn out hypocrisy, exchanging it for barbarism. You perpetuate the problem by becoming the problem, vernacularizing disobedience and ethnocentrism, showing the world that the great social experiment, America, is now just a farce. A dream that once set the ‘course’ for the pabulum of the populace, has now fallen to manipulation of the powerful few. Congratulations.

It was once enough to strive and struggle together as Americans for America, but today we battle and bicker at one another, separating ourselves down to the very pedigree that make us individuals, for individualism. What once made this melting pot an example for the world to follow is being strategically broken apart.

All you have shown the world is that this great experiment is a failure, and no longer do you stand as Americans, but as separatists living in America. Divided. Weak. And dishonest with yourselves and the realities around you. #somelivesdontmatter

Freedom is a scary thing for those who seek power. With power, the need to control is vital and you cannot control that which is free. So what does one do to obtain power in the freest land in the world? Make people believe they are not part of the whole. Turn them against one another. Use people’s emotions and fears to control them, and from that fear and anger and divide, power is manufactured through authority, promises and policies which chip away at freedom.

Creating Separatists. Black vs. White, Straight vs. Gay, Atheist vs. Religious, Liberal vs. Conservative, Cop vs. Citizen, Rich vs. Poor, just to name a few. And the genius behind this division, this existential gang mentality is that each of you fit into a category and there is an associated opposing category; The Great Bovaristic American Dichotomy. So no matter where you fit in the associations above, you have people who stand with you and who stand against you. This is the divide. This is your problem. #somelivesdontmatter

Americans. Real Americans, don’t have this problem. Americans see everyone as inclusive, as a part of the whole. No other country has this notion of diversification, to strengthen our weaknesses by varying our strengths. Right now the world is watching, and they are watching within their borders of people just like themselves. They are watching the way the melting pot of America handles adversity of diversity.

The powerful, the puppet masters of the world are making you into their own private reality show, finding entertainment in pitting you against one another. They are accomplishing this with lies, which play to your emotions.

We all have a stake in this country and there is no separatist group that should supersede the idea of what it means to be American. Some lives don’t matter because when you expose the some for who they are, when you identify the some who are wicked, then everyone else matters. Some lives don’t matter, make sure your life does. #somelivesdontmatter