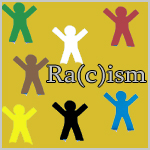 Hate is real. Racists are real, but racism in today’s world is fabricated.  The idea that the hatred of a person’s skin color holds more weight and demands more notoriety than the hatred of a person’s size, sex, intellect, age, religion, sexual preference, health, political stance, nationality or economic status is inherently discriminatory and hypocritical (meaning that choosing one’s race and/or skin color at the forefront of “racism” over choosing any other thing people are discriminated over, is in its own right, a discrimination). In fact, the only real racism taking place in today’s world on a grand scale is that one group of people wholeheartedly believes people from difference backgrounds, classes/rank, and/or races need to be given exceptions (affirmative action) when compared to people of opposite backgrounds and/or races. We are at a period in this world where there is truly one race: human. To segregate accomplishments into the first Black, the first Asian, the first Latino, the first Muslim, the first Homosexual and compare their deeds to the “First Person” ever to do [Insert Accomplishment here], not only destroys the progress made to unify humanity, but lessens and dehumanizes the people who are awarded these type segregated titles.

Hate is real…. However, racists exist only by self-proclamation, meaning that you can’t accuse someone of being a racists. A racist only exists when a person admits to being racist. For example, the KKK and Black Panthers are racists because if you ask them if they believe they are superior to another race, they would say yes. To accuse someone of being racist without that person self-proclaiming they are racist results in a false accusation and lessens the severity and impact real racists have on society. We cannot fully understand someone’s intent for action, or even if that action appears to have been made because of a racial component (looking from the outside), the racial component can only be proved as a motive if the person in question acknowledges it. Hating someone for their shoes is just as idiotic as hating someone for their race. However, if someone of one race is wearing shoes and falls victim to a hateful action with a person of a different race, it would never be assumed that the hatred originated from shoe component, but rather automatically blamed on the racial component.

Hate is real…. but favoritism is real too. Never confuse an action that promotes a likeness as discriminating against a difference. Favoritism has always existed in every country/region around the world, but recently acts of favoritism have been marketed as being racist and discriminatory. To force people to believe an association with a likeness is somehow less appropriate or less acceptable or less open-minded than an association with a difference, and the likeness and difference is determined by skin color and/or race, is dumb. No matter where you go in this world, being an “outsider” is not going to offer the same perks as someone who shares common traits. There is no “hate” for the outsider, there is only favoritism for the insider. If the CEO of Chick-fil-a wants to hire only Christian workers and if Jay-Z wants to only hire African-American workers, they are not showing discrimination against people who share opposite traits, but rather favoritism for traits they value and want to associate with. In a free society, we have the option to associate with whomever we want and we should do so without being labeled negatively.

Hate is real…. “Diversity” is discrimination (at least in the way most people think of diversity as being an outward, visual concept or thing). “Diversity” suggests that the only way to have a different view of a topic is to associate with people from different colors and backgrounds, which suggests that people from the same color and background share only similar views and thoughts.  In today’s world you can just as easily find people with the same skin color who share totally different experiences as you can people with different skin color who share in the same experiences. The enforcement of diversity does nothing but lead us further and further away from viewing each other as one human race. Diversity comes from the mind, not pedigree. We cannot look upon a group of people and claim they are diverse or not. We have to stop the blind promotion of disparity with outer traits and start promoting a concept of diversity with the disparity of inner traits (character, mind, soul,  and experience).

Hate is real, but don’t let history control your present and future. Too many people try to originate racism with slavery. Slavery was a product of two competing civilizations at war or an exchange of two civilizations for trade. The way someone looked or the color of their skin meant nothing to slavery or the persecution of peoples. Every pre-industrial civilization used slavery and every pre-industrial civilization abolished it. If you are alive today, you have never experience slavery, your parents have never experienced slavery and your grandparents were alive to witness the acceptance of all people being judge as equal. We have the freedom to ultimately define our destiny. Don’t let the sins of another time affect what we do in the present.

Hate is real… So let’s stop the fabrication of racism, the exploitation of diversity, the persecution of favoritism and the constant reliving of a time that has no association or bearing with the present. We are all in control over our own destiny. Minimizing hatred to include people’s preferences is the real discrimination. It’s time to stop the mislabeling of intentions and focus on the enabling of connections.

Hate is real… but it doesn’t have to be.