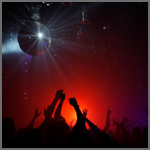 There are many different characteristics that can be discussed under this topic, but one discommodes me more than the rest, vanity. We live in a world that accepts fakeness, insecurities as normality and non-self mortal ideology. Women rather become someone they are not or something different then their personal best. Many causes can claim responsibility for this effect; media, lack of religion, peers and environment are just some that reflect motive for this intolerable behavior. One term of American lexicon that gets abused to facilitate this narcissistic flaw in women is the word model. It seems to me that every woman in the country is a model, claims to be a model, is going to be a model or just models. It is as if the claim of being a model allows a woman to seduce her audience to believe she is “beautiful,” despite actual appearance, due to the association models have with beauty.

“The surest cure for vanity is loneliness” – Thomas Wolfe