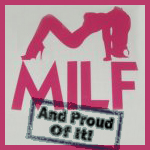 1999 what a historic year…well, for me at least, maybe not in mainstream history. Michael Jordan announced his retirement from the Chicago Bulls (for the 2nd and final time).  Pro wrestler Jesse Ventura was sworn in as the Governor of Minnesota (the WWF may better prepare you for politics than Georgetown, Oxford, and Yale). President Bill Clinton was acquitted by the Senate from his impeachment caused by the famous blowjob of Monica Lewinsky (I did not have sexual relations with that woman – like I said the WWF may prepare you better for politics).  The movie American Pie was released in July and became an instant classic. I graduated from Ithaca College (yes, Ithaca is gorges and the movie Road Trip was based on it). Like I said, an unforgettable year.

When I came into the single mom scene, I analyzed all the ways to tell a guy, and the proper timing to brief a guy that I was indeed a mom, I thought there are two general ways.  I equated it to the same strategy I use for getting sloshed for the evening. Approach one, you lay it out there right away at the beginning moments interest is detected from a guy…this would be the shot glass approach.  Quick, can make you feel sick for an instant, there is immediate gratification that can be good or bad, but it is over with.  Example: “Hey hot stuff, another Jack and Coke? I’ve got two kids…we cool?  Cheers!”

Approach two, you wait until it seems like some real dating may occur…this would be the more modest cocktail glass approach.  Takes longer to drink, gives you a chance to get comfortable with the surroundings before you’re buzzed, effects are felt in time.  Example: “Sure you can have my number handsome, I’d love to have dinner with you…it’s a date…text me!  (The dinner date becomes viable) By the way, you are soooo, so, sweet!  Do you like kids? Oh good, I have two.  You want dessert or a check?”