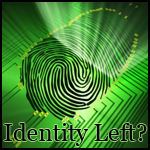 Society is facing two huge sociotechnical dilemmas. The first (and least severe) dilemma is that we have out grown the Internet and the generations after us will be left with emails, domains (Internet Addresses), handles (Twitter, Instagram), usernames and online personas that have almost zero correlation to who they are because someone (or no one) has already taken them. The second (and most severe) dilemma is that the people (us) who have used up all the emails, domain names, handles, usernames and online personas will have a greater tendency to distort their current reality because social media and the Internet archive our former self; meaning we lose track of real time around us, because we still see ourselves as what was posted online creating an abnormal flux in growing old, ignoring the realities of the present. On one hand you will have generations detached from their online self because they are unable to relate their offline selves directly with available online identities, and on the other hand you will have a generation unable to let go of their online personas, neglecting time and distorting reality in the present.

I know some of you will say that there will be technology to come along and replace our current system of emails, social media and Internet browsing, but I don’t see these things being cast aside for a very, long time. That being said, how will our children and our children’s children identify with their online personas when more than likely the address/username they will logically want to sign up for will be unavailable? How will the generations after us promote their ideas through the web, when every web domain name under 20 characters long is taken? I don’t have these answers, but if I did, I could predict the next online social boom. What I do know is that in another few decades we will have the first deceased generation who will have their lives archived through social media for the eternity of the Internet. And as more and more generations pass, the bigger the Internet becomes, but also limiting options for its newcomers. I don’t necessarily think limiting the social media connection and forcing people into this pseudonym alter ego is a bad thing either. I think it forces people to be much more social outside the Internet when they don’t have a connection to their online persona, rather than constantly trying to maintain an online parallel ego through mobile devices and computers. No matter what you believe to come true on this topic, the next few decades are going to be very interesting from a human condition standpoint and the way future generations will connect with their online personas will be much different than the way we connect with ours.

The Second Dilemma (What Identity Do I Use?):

If you were born in the 80s (my generation) you grew up with the modern day Internet. As you evolved (grew up), so did social media, Internet accessibility and Internet affordability. And for the past 15 years most of us have documented college experiences, marriage, kids and all the changes that come with those life events. Most of us have a series of profiles pictures that represent us through all of these life phases. And most of those pictures are similar and represent us as a young adult through adulthood. And out of all the pictures, we choose the one we think best represents us (profile picture), whether that picture is 2,3,5,7 years old, even though that picture may totally distorts the reality of who we actually are in the present. This is all fine though, because representing yourself to the world with a picture that is a few years old is not the problem. The problem I foresee is that what do we do another decade down the road, or even two or three decades down the road? How will our self-reflection be damaged by the direct reminder we are now not what we once were, but represent to the world a part of our lives that we once uploaded? This problem will be a psychological plague that sweeps throughout our world. I haven’t even touched upon the generations that have recorded themselves from when they were pre-teens because they will have an identity crisis worse than us. Normally, we would grow old and reflect about our past through static mediums. However, the Internet and social media are dynamic and they are in our faces. With a culture that already tries to put its best foot forward for everyone to see, with a culture that filters through 1,000’s of selfies in hopes to get the one that bests represents us, with a culture that hates growing older, this dilemma will be very hard to overcome.

As much as the Internet has connected us to people all around the world, the Internet has also disconnected us from ourselves and the people immediately around us. In a world that relies heavily on an online presence, future generations will find it harder and harder to become a part of the current social media system. Our generation has taken all of the reasonable online personas which we use to represent ourselves to the world. Future generations will not have that logical connection because they will have to choose subsets of the logical personas they wish to sign up for, thus making it harder and harder to directly connect with them. Today, we are constantly maintaining our online presence, but we are maintaining it to a ‘social’ fault. The time we use to connect to people through our online social identities is time taken away from people we could connect with around us. As we grow older, we age, but our online personas don’t. It is human tendency to always pick our best state to represent us; whether it is posting the one picture out of the thousands we think makes us look the best, or posting the profile picture that we feel best represents us, despite the date it was taken. The generations who grew with the Internet will find it hard to let go of the identity they have developed, and furthermore find it difficult to grow past our ‘better’ selves we have uploaded.