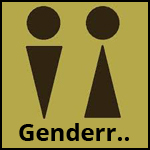 There are few foundational constructs by which societies and civilizations are created. These constructs persevere against religious, cultural and secular breakdowns. As a species, humans are very similar, and because of that similarity, societies from all around the world who have been isolated from each other have created similar, and in most cases, exact constructs to help further their civilization’s progression or preservation. These universal constructs are termed pillars of civilization. If you remove a pillar, the civilization will begin its collapse.

Let’s get right down to it. Gender has been defined for thousands of years. You can identify with whatever makes you happy, but your gender is a fact given to you at birth. It is proven by science, expounded upon by literature, defined by religions and validated through real life. There is no debating this. There is no social freedom that supersedes these facts and unfortunately no human can change their gender (at least not yet). Science gives us two gender makeups of XX and XY and the outliers who make up the XXY are not significant enough to lay waste to ordinances predicated upon what society views as ‘real’ gender. When science, religion and the arts all agree on the definition of gender, then it is reasonable to say that it is a pillar, and for almost three centuries, almost every civilization in human history has adhered to it. Now, you are free to live your life the way you want outside the confines of society’s gender rules, but when you enter into society, you must follow the rules.

And I hope all this is reasonable.

Gender segregation has existed to protect women and men from each other. This doesn’t mean women or men are better than each other in reference to human equality, it just means each gender has strengths and weakness which may do harm if mixed. That is all. Done. There is nothing more to it.

You may be the straightest (or gayest) transgendered forty year old man who identifies as a women in the world, but there is no chance your male self should be allowed in a female locker room. Sorry buddy (err sister) it is time to play by the rules.

This entire notion of what you mentally identify with actually being ‘real’ is bogus. It is absolute crap. The fact that we are encouraging people to break apart from what they are scientifically proven to be in reference to gender, going against a pillar of civilization, shows our stupidity in reference to political correctness.

What if people start deciding age is subjective? That yearly construct is created by our planet revolving around a star and everyone on earth adheres to it (just like gender). But now, we allow people to suggest that they mentally feel they are not 40 years old after 40 revolutions around the sun, but rather 18 years old. If you can mentally identify with the opposite gender, you can also identify with other age groups. And that is really dangerous…

Let’s just say biology is wrong and you truly identify with the opposite gender. If it is a biological/mental disposition, then why do transgendered people adopt clothing, customs and habits of the opposite gender? Surely a dress is a cultural behavior. And surely we are not saying in order to ‘be a woman’ all you have to do is wear a dress? It is bogus to believe that you are a woman or man, when all you really did was put on a dress or pants. Sure, there are people who take it to the next level with surgery, but no matter how much surgery, no matter how much they look like the opposite sex, they will never be the sex they desire because they are adapting cultural traits (for appearance) and not ‘real’ traits (for substance).

Transgender people fight to be able to use restrooms, locker rooms, etc. of the gender they identify with because it makes them feel uncomfortable when they are not allowed to do so or questioned. However, the idea that the fault or wrongdoing lies with the questioner or person who is not transgendered is hypocritical. If the person who was born female feels uncomfortable using a women’s locker room with a person that has transgendered to female, how can anyone claim that one person’s feelings are more important or right than the others?  And that is the slippery slope and why the rules must be adhered to.

Ultimately the 0.0000000000000000000000000001% of the population should have zero say in tearing down a pillar of civilization. If you want to play dress up, try to change your genetic structure b/c you culturally identify with makeup, dresses, boobs, high heels and long hair, then go for it. But under all of that cultural identity you just stole or tried to assume, you are still biologically the gender you were born with. See, it is not about true transgenderism, it is about culturalism. What culture has defined to be of woman and man is what you are trying to change, not actual gender. When you are born, you are either male or female. From there, you are either gay or straight. Everything else is using culture to pretend at something.

You are free to pretend, but you are not free to break the rules.