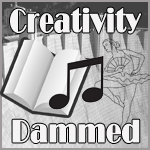 Have you seen that?  Have you read that?  Have you listened to that?  Have you heard that? – Of course you have… ten times over.  Plagiarism, a crime forbearing only when past and present become the same.  The creative world lay stifled, watching as technology and science rule their realm.  They replace witty dialogue, painted masterpieces, personal design, and innovative dance, with computer-generated perfection.  It is only logical that at some point in the future, every word and sentence combination will be used, every new story will have roots in another, every song and dance will mimic performers who have come before, and every thought and gesture will lose its meaning due to lack of originality.  This is America’s new manifest destiny; discovering absolute knowledge about their language, their performing arts, and their creativity.

Most Americans are bound by the English language.  Language is the tool that enables creativity (Language enables thought, thought enables creativity, therefore, language enables creativity).  If a society uses a language long enough without that language ever evolving, then, at some point in time, creativity will cease to exist.  This means that at some point in time before you wrote that sentence, someone else has already written it.  Fifty years ago, this would not have been a problem, because if one person on the west coast wrote the same sentence as someone on the east coast, the world may never know.  With the advent of the Internet, online blogs, eBooks, web-articles, and uploading existing literature, you can quickly see how original creativity will be challenged.  Technology has empowered all of us with the ability to be creative and, most importantly, document that creativity.  With so many people attempting to be creative, every possible archetype will soon be recorded.

This fate is no different for the performing arts.  With devices able to record video in most of America’s hands, imaginativeness will be no more.  Coupled with limits on human biology, the artistry that we have been taught to praise will become nothing more than a rerun or a flashback. The only thing that will have changed is the faces performing and the date they have performed, but the content will remain discovered and point to a moment in the past.  Talent will no longer be measured by originality, but rather boxed in with those who were considered creative.

We are seeing this phenomenon all around us.  The numbers of original television series and movies have dropped in the last twenty years, supported lately by witless reality scripts.  Movies are being remade, books rewritten, plays and performances dragged on.  When once only a few people controlled that which we deemed artistic, now we are being bombarded with ideas from half the world, crippling creativity, and undoing the release of new content and performance on a grand stage.  America will soon be sensitized to its entertainment.  The more we record and document as a society, the more we capture creativity.  Once a thought or idea or a technique is captured, it is no longer innovative.  Soon all of our thoughts will be dammed, held captive by technology, set free by luck and institution.  This is our fate.  Have you read this before?