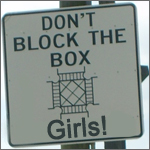 She stood among ceramic pillars etched with stonework like paint, dotted with hints of past experiences echoing time’s remorse. People, groups of people floated above the bar, hands waving frantically, money in hand and plastic cards flashing, jittery conversation to pass the time while two drunken men sing with their arms grasping each other’s shoulder at rooms end. There was just enough volume to the music to make conversation flow, holding a delicate balance between loud and quiet, she finds herself gazing across a sea of persons to catch my eye. It was a night far from perfect, but some dreams follow this suit. Before she swayed through the masses, closer, she gave a slight look down at her dress and smiled delightedly as her eyes met mine. I read her thoughts; it was her favorite shade of blue resembling a summer’s sky, with a black belt embroidered with a sense of classic taste accompanied with shiny silver earrings, brought together by a princess’s necklace.  Tall, the tallest of all others in the room who would be considered of her kind, she wandered to me, lost from her pack, far from the safety of chance. Pale skin illuminated our dark corner.  She swung her black hair back to clear way for the prize which I saw as her face. It revealed a smile that would make an angel jealous and a daemon blush.  She finally raised her hand to meet mine, our eyes still locked together, and a touch, ever so gentle, manufactured goosebumps on both our bodies. Distance finally unveiled her hazel colored eyes, a presence unrivaled. For a moment, a muse from the ancient spoke to me saying, Aubrey, a name that stood so magnificent it followed no other words to my ears. Without hesitation, still grasping her hand, I told her my name. Finally releasing our physical hold on one another, our hands dropped to our sides, bodies inches apart with an attraction not gone unnoticed to others around. Minutes go by, ten, twenty, thirty minutes of pure genuine conversation. No puppeteers strings, no evils’ lies, not even a hint of hyperbole was spoken. It was her and I, with no need for elixirs from the bar, no need for music’s hymn; we danced to the song of conversation.  It ended abruptly.  It ended poetry’s perfect introduction.  It ended to the voice of her friend commanding her to come back to the pact and another pulling at her wrist. She begged over and over, she was fine and she was having a great time, but the pack would hear nothing of her and her happiness. The final words she spoke, “don’t leave me without saying goodbye”, but she had done just that… left me without reason, without understanding of why it happened the way it did. Sadly, I left the bar that night without saying goodbye, without obtaining a way to talk to her again. Instead I turned to one of my friends and told him, I met a girl that just got “Boxblocked” in front of me.

Ladies, I will make this short and to the point. When you and the girls plan for a girls night out, please don’t Boxblock the more attractive girls of your group. When your more attractive friends tell you that they are, 1) having fun, 2) are ok, and 3) want to stay and talk to (insert guy’s name here), that is a clue that you should, 1) turn around and leave, 2) don’t turn around, but still leave, or 3) watch and learn something about meeting guys. I have gone through various words to describe what to call girls who don’t do the latter and came up with a good list which includes; snatchcatch, vagsnag, cuntcork, pussylasso, vaginabinda, twat-twitterer, and koochmooch, all were considered for the title. However, Boxblocker seemed to describe the situation better than all the rest. So the next time you plan on a girls night out, please don’t be a Boxblocker. You may be lonely, not so attractive, have a bad personality with nothing to talk about, but it doesn’t mean your friends have to share in the same pathetic nights you do; not having fun and bitching about how everything around sucks. Boxblockers, stop dragging your friends back to the” boo-hoo” table and let them live life, meet cool people, and not get their box blocked by someone of lesser quality than them.