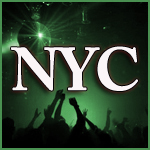 My Memorial Saturday was spent in New York City, participating in my building’s annual “Pool Opening” Bar-B-Q  where music, free drinks and free food made my early afternoon a success. After I had my fill of good company, food and beer, I decided to take a trip to the East Village to my favorite sports bar off of Second Avenue and Sixth Street. This is always a great place to watch a game and I had time to kill before I had to meet a friend out who had to work until midnight. Not knowing UFC 98 was being televised at this bar, it made for a big turnout of people and the bar had good male/female mix, even though most probably wouldn’t be considered NYC elite because of how/where they spent their Saturday, but I didn’t mind. A new female waitress, a too young, dark haired Jersey girl, made me quite comfortable at the bar. She sported quite a few tattoos, all were semi-hidden which along with her stellar sub-twenty five year old personality, made for quite an unexpected good time. So breaking rules 1-12 in my book, I got her number and told her to meet my friend and I out at a bar called “The Park” off of 10th Avenue and 17th Street.

Stopping at another bar in the vicinity to meet my friend for a predestination pre-drink to celebrate his escape from work on a Saturday, it was obvious the Hamptons were hopping. Leaving for “The Park,” my friend downing two shots and two drinks within 30 minutes and myself drinking since noon, we were in good shape to deal with whatever the NYC nightlife could throw at us, or were we? Arriving at “The Park,” another dead NYC venue,  my friend was drawn to his favorite bartender he had been raving about for the past month. They both new each other from previous experiences at this bar, so the drink hookup was more than welcomed, especially since I had spent zero dollars all day on drinks. Just to give you a quick bio of my friend, he is a good looking guy who thinks he can get any girl, works hard and plays hard. He had been working on this bartender, who I may add is a smoking hot Jamaican girl with a great personality for months. Ten minutes into our first drink, the young Jersey bartender walked in, dolled up and looking sexy. So, my friend and I had the only two hot women, who happen to both be bartenders, accompanying us at the end of the bar.

At 4am and many drinks later, I said my goodbyes to the hot Jamaican bartender and left her with my friend as I escorted my Jersey bartender to the food stand to have a late night munch fest on some chicken and rice. As I am getting spoon fed chicken and rice by a hot Jersey girl, my friend comes out with a astonished look on his face. I quickly asked him what happened, and he simply told me that the hot Jamaican bartender just blew his mind. Being a fan of mind blowing, I drew my attention to what he was about to tell me. My friend said that when he inquired about getting her number, and remember he has been setting this up for months, she pulled out a pen and a napkin and wrote her number down. She toss the napkin toward him, but before he could pick up, she grabbed it, and toss it in the trash can and told him, ” On second thought, you talked to that other girl more than me, your loss,” and walked away. Before this, I thought the hot Jamaican bartender was just like any other hot bartender in NYC who would ultimately end up feeding me chicken and rice at 4am, but now I know she is a Rock Star for what she did. If anyone needed to be in the Hamptons this weekend, it was her. The facial expressions and the deep thought of “what just happened” I read from my friend was priceless. So I would like to thank you smoking hot Jamaican bartender for being awesome, so awesome it brought my friend down from a libertine to a mere pride less prude and that, especially at 4am on a Saturday, is hard to do.