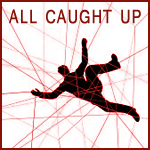 There’s a common trend amongst many in our society to get caught up in the need of other’s approval.  Yes, from time-to-time, we need validation, but we (as a society) have become too focused on gaining that approval, often to the point that the approval is all we are after. Our motives shouldn’t be approval. Don’t let your life become so wrapped up that you base your existence on the actions and approval of other people. If you wouldn’t play the main character in a movie about your own life chances are you are all caught up….

…with titles. Instead, you should better yourself through experience and practical education.

…with the past. Instead, you should be focusing on the present and future and stop wasting time and energy on things you can’t control

…with how you look. Instead, you should give your personality a makeover.

…with social media. Instead, you should work on being social with the people physically around you.

…with what celebrities are doing. Instead, try caring about real people.

…with money. Instead, just try to be happy.

…with love. Instead of trying to force something that is not there, make something with someone when it is there.

…with yourself. Instead of molding into what you think society wants you to be, try being what you want to be.

People have a propensity to be consumed by what other people do, creating a void in their own lives. People feel pressure from their peer groups, media and their conscious self-image to choose to be all caught up in things for human connections in any capacity. Many times, these connections are not positive and the connection itself is superficial at best. More and more people are replacing finding themselves with finding things in common with other people. Gossiping about other people lives with your friends says nothing about your life other than you are all caught up with people who actually have a life to talk about. Don’t let your existence become a mouthpiece for another person’s life. You are the main character in your life, not someone else. Don’t be all caught up in others approval; be caught up on top of the world (your world).