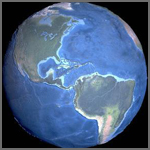 A very touchy issue has reached the halls of congress as of late. The refining of the immigration system in the United States may be one of the biggest debates ever to render our nations leaders on capital hill. There are many different ways we can argue, both for and against, the characteristics of each reform. We can reform based on economic issues, on humanitarian issues, on political issues and legal issues.

This contention is very tough to play out on both sides, and it is hard for me to support the polar absolutes, but there is one angle that makes this issue very clear when it is played out and that is what about the immigrants doing it right? It is hard for me to believe that as a nation of immigrants who fought for their freedom, that there isn’t a legal pathway to live the American dream. We have thousands of people coming across our boarders illegally with no regard for their fellow nationals who are trying to overcome the immigration process the legal way.

Should we deport all illegal immigrants residing in our country? I don’t think this is the answer, but I don’t think living in our lands tax free is fair to all the Americans who have served their time in this country. I believe if you have a home and a family and you are here illegally, you should pay back taxes and be presented with a fine. All other immigrants should be sent back to their original countries to pursue American citizenship legally.

For every thousand illegal immigrants that cross the border, there is at least one family going through the immigration process to become legal citizens. This isn’t about illegal aliens, this isn’t about politics, this isn’t about the economy, this isn’t about humanitarian issues, this is about the men and women who sacrifice their lives to come to America the right way, the legal way. They learn the values we have, they learn our language, they assimilate themselves in our culture and they don’t take for granted what it means to be American as so many of us do.

I know there has to be lawmakers out there that aren’t dumb. I mean the term “Illegal” alien implicates wrongdoing just by its connotation. I hope as Americans we come together on this issue to fight against what is ruining our country, the catering to the sensitive minority. I salute all immigrants who have come to this country through the legal process and I accept all of you as my American equal. This isn’t about race; it is about justice and dealing with issues that are right or wrong. Don’t tarnish what so many Americans have died for, the pursuit of life, liberty and happiness through a just and legal means and no man or women should be handed without sacrifice this province of Americanism.

“Remember, remember always, that all of us… are descended from immigrants and revolutionists.” – Franklin D. Roosevelt